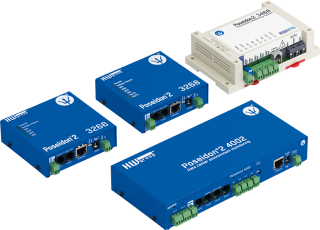 The application example details the use of the Industrial Bus (RS-485) for connecting sensors to a Poseidon2 4002 unit. It describes in detail the wiring of cables and connectors, as well as the DIP switch settings for supplied accessories.