User Roles and Permission Groups in the Portal 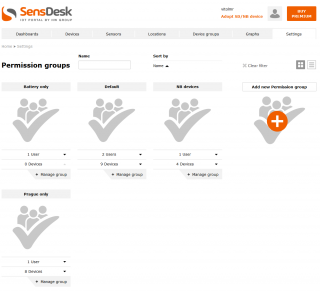 A powerful data access control and permissions management system is becoming an important requirement when deploying any system; not just to protect the data but also to make the portal more user-friendly. SensDesk provides two elements for that purpose: User roles determine the operations that the user may perform, and Permission groups determine the data that the user may access.