Ethernet remains the favourite network for both IT and industry 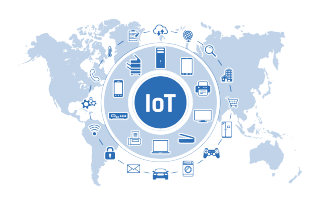 HW group produces IoT products for environmental monitoring, energy consumption monitoring and industrial applications. Poseidon2, Damocles2, and STE2, the industry-leading environmental monitoring products, use the wire-based Ethernet and Wi-Fi standards that are most suitable for the industrial environment. For mobile applications or technologies, where standard Ethernet is not available, we designed the ARES product line with GSM / GPRS connectivity, and also the LTE, which offers the same features with higher bit rate.